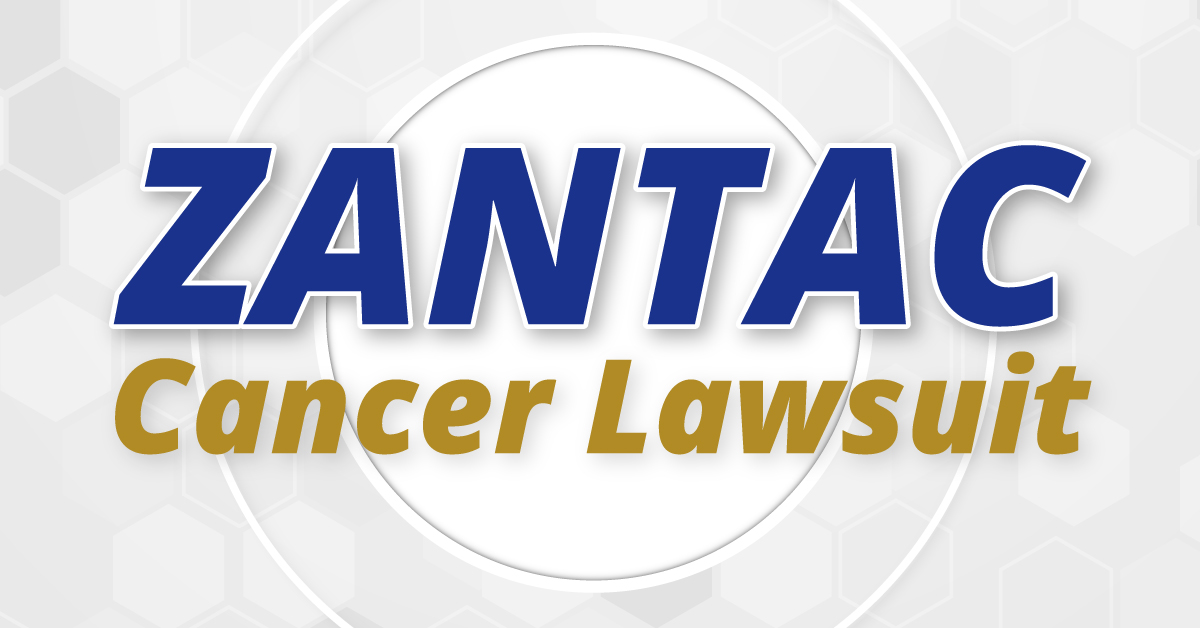 For decades those who have experienced severe and chronic heartburn sought relief on pharmacy shelves, but little did they know the cure could cause cancer. Zantac, the common heartburn remedy, has been linked with the cancer-causing substance N-nitrosodimethylamine (NDMA). While the exact cause of the NDMA contamination is still under investigation, research demonstrates a clear tie between ranitidine, the active ingredient in Zantac, and NDMA.

Since the FDA approved Zantac in the 1980s, numerous studies have shown a connection between ranitidine and cancer. If you’ve developed health issues after taking Zantac, you need to understand your rights and the compensation you deserve.

Zantac is an antacid that also targets acid reflux. The generic name for this drug is ranitidine, which is a histamine-2 blocker that reduces acid in your stomach giving relief to those who suffer from heartburn, ulcers and other acid-related ailments. For decades Zantac was thought to be harmless until the discovery of high levels of NDMA in the drug.

Once used to make liquid rocket fuel and as additives for lubricants for copolymers, NDMA was banned from the process once high levels of the chemical were found in soil, water and air samples surrounding rocket fuel manufacturing plants.

Valisure, an online pharmacy company that chemically validates medications to prevent consumers from suffering adverse effects, discovered the link between Zantac and its generics to NDMA. In a recently released statement, the company said, “Valisure’s research, along with that of Stanford University and others, found that NDMA was the result of the ‘inherent instability’ of the ranitidine molecule. This means that all manufacturers, brand or generic, and all lots of ranitidine-containing medications are affected and could generate very high levels of NDMA in the human body.” 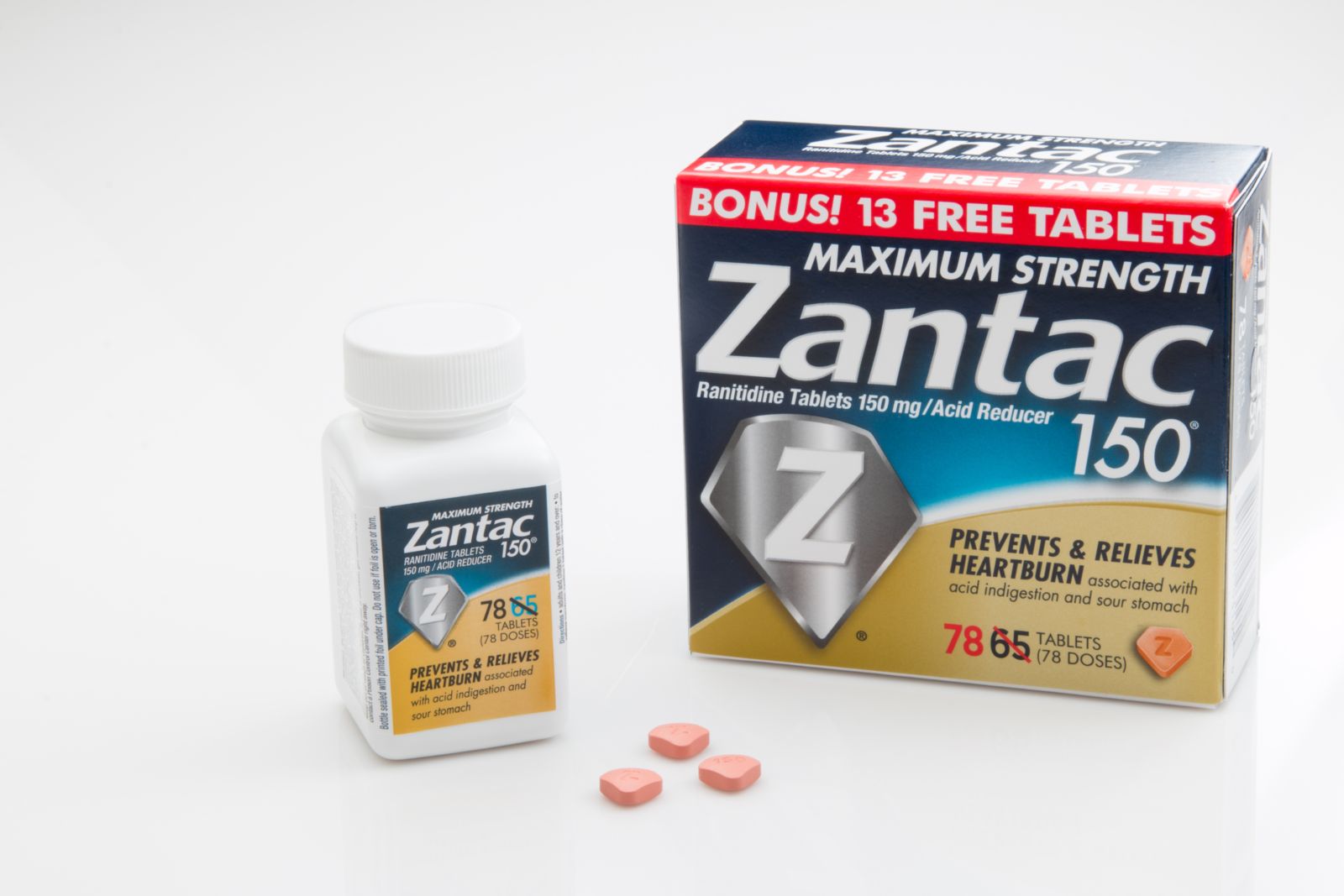 Classified as a probable human carcinogen by the FDA and World Health Organization (WHO), NDMA is a molecule that is present in many of the foods and liquids we consume regularly. However, it’s only harmful at high doses over a prolonged period of time. Besides its cancer-causing properties, other side effects linked to NDMA include:

Unconfirmed studies also suggest that because ranitidine interacts with the stomach in a warm environment, the heat could potentially transform the drug into NDMA during the digestive process. The levels of NDMA contamination through Zantac pills are still unknown. When originally tested, the drug was found to contain almost 3,000 times the legally allowable limit of NDMA.

Types of Cancer Associated with Zantac 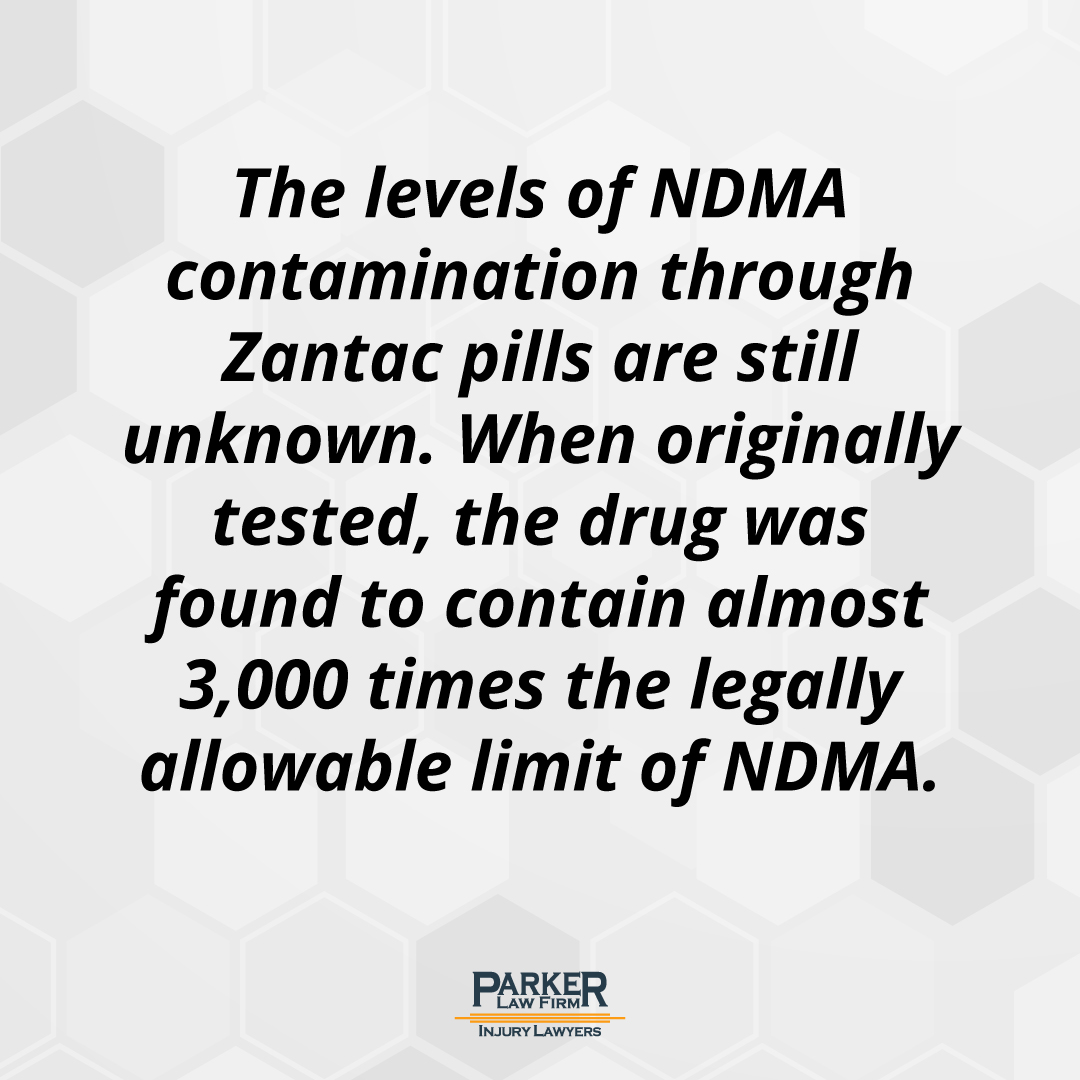 Thousands of users have now reported symptoms after taking Zantac. Filed in California last year, the first Zantac case was against drug makers Sanofi and Boerhringer Ingelheim. They were accused of manufacturing, marketing, and selling a product they knew or should have known had been contaminated with a chemical known to cause cancer. Most of the lawsuits state that the makers of Zantac knowingly hid the dangerous, cancerous nature of the medicine. No pharmaceutical company has the right to lie about what its products contain.

If you were diagnosed with cancer and took Zantac regularly prior to the diagnosis, contact a Zantac cancer lawyer to discuss your legal options, including filing a Zantac cancer lawsuit. We can help acquire compensation for the losses you incurred as a result of your cancer. As a client, our team will work to seek the following damages for you:

What is the FDA Doing?

Since 2018, the FDA has been investigating NDMA and other nitrosamine impurities in blood pressure and heart failure drugs. Over the last two years, the FDA has recommended numerous recalls after discovering unacceptable levels of these contaminants.

In April of this year, the FDA demanded that all manufacturers withdraw all prescription over-the-counter ranitidine drugs from the market immediately. The agency made this move after it identified that the NDMA impurity in ranitidine products appeared to increase over time and when stored in higher than room temperatures. As a result, consumers may be exposed to unacceptable levels of NDMA. Zantac and ranitidine products will no longer be available for new or existing prescription or over-the-counter in the U.S.

Right now is the time to file a Zantac lawsuit. As time passes, so will your chances for a successful outcome to your case. Don’t take on these Goliath drug manufacturers without the help of an experienced lawyer. Parker Law Firm will determine if you have a valid claim, what repayment you can expect and what your essential next steps should be.

We’re here to help you through every step of your Zantac lawsuit. Contact Parker Law Firm today at 817-318-8022 or visit parkerlawfirm.com to fill out the free case assessment form.

You may be eligible to file a lawsuit to recover damages. Fill out this form for a free case evaluation.
Live Chat