Welders Working for Non-Subscriber Employers: When You’re Injured on the Job 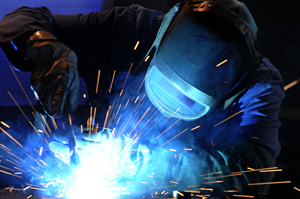 With over 50,000 men and women currently working as welders in Texas, the Lone Star State employs more welders than any other state. Many Texas welders work as pipefitters in the petroleum industry, but plenty of other industries also employ welders. While welding is a well-paid skilled trade with plenty of job opportunities, it can also be dangerous work. And given that employers in Texas can opt out of workers’ compensation insurance, welders have a recipe for a legal battle when they’re injured on the job.

An excellent example of what can happen when a welder is injured and not covered by workers’ comp is a recent case of ours. Our client was employed by a temporary staffing agency and was placed at a steel mill in Midlothian. On the day he was injured, he was assigned to a new task by the production manager. Despite wearing a protective suit, his clothing underneath the suit was ignited by a hot spark from the work he was doing. The fire resulted in severe, third-degree burns on his back and shoulder area, six percent total nerve loss on his back, and extreme mental distress. His injuries required a six-hour skin graft surgery, using skin from his left thigh. He spent almost two weeks at Parkland Hospital in Dallas. As an employee of the temp agency, he was not covered by workers’ compensation insurance. His medical bills and other losses are significant, and we are representing him in his lawsuit for compensation.

Welding is dangerous work, particularly for contract and temporary workers who are moved around frequently, are not familiar with the work environment, and are not given proper instructions. As we learned from our client, even when the welder is wearing proper safety gear, a serious injury can still occur. Some serious injuries welders frequently sustain include:

Welders who work for the 88 percent of companies that carry workers’ comp insurance in Texas will file a claim for benefits when they are injured on the job and unable to work. However, welders who work for non-subscriber companies, or those who fall through the cracks in coverage, will need to fight for compensation for medical bills and lost wages.