Seek Help From a Bedford Attorney for These Common Car Accidents

Car accidents happen every day in Fort Worth and across the country. In 2016, 4.6 million Americans sought medical treatment for injuries sustained in car crashes and nearly 40,000 people were killed. Ten percent of those deaths occurred in Texas, making it the deadliest state in 2016.

The odds that you will be involved in a car crash at some point in your life are high. You can reduce the odds by driving defensively and never allowing yourself to be distracted behind the wheel, but that doesn’t mean another careless driver won’t cause a crash. 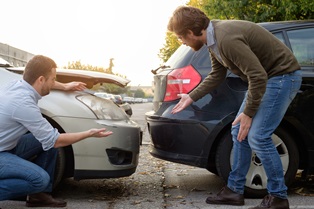 When you are seriously injured or a loved one is killed in a car crash, and the other driver is at fault, you may be owed compensation by his insurance company. The following are the most common multi-vehicle crashes reported to the police and insurance companies:

If you are the victim of one of these types of crashes, a personal injury lawyer can help protect your right to the compensation you’ll need for a full recovery.

What to Do After a Crash

No matter what kind of crash you are involved in, what you do right after the crash can make the difference between getting full compensation and struggling to pay your medical bills. We advise our clients to do the following, if possible, after a car accident:

Even if you are unable to do all of these things after a crash, an attorney can help you make the strongest possible claim for compensation.