What if I was partially at fault for my car accident?

Car accidents are not always the fault of a single driver. In fact, in many crashes, both drivers are determined to have played a role in causing the crash. When this happens, neither driver will be awarded full compensation for his losses. Instead, a percentage of fault will be assigned to each driver, and eligibility for compensation will depend upon that. How eligibility is determined will depend on the state where the accident took place. In Texas, the law of modified comparative fault is followed. 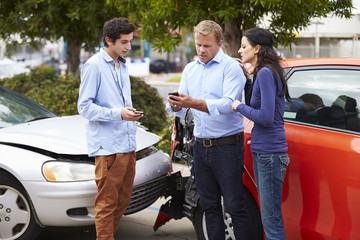 The following three types of comparative fault systems are used around the country:

Known officially in Texas as “proportionate responsibility,” this system can be confusing for injured victims of car accidents. As an example of how a shared-fault car accident recovery would work in Texas, consider the following. You were seriously injured in a crash on East Loop 820 when a car cut into your lane suddenly and you hit him. The responding officer cited the other driver for reckless driving but also cited you for speeding. You decided to seek damages from the other driver, and a jury decided you were 20 percent at fault because you were speeding. This means you can still recover from the other driver, but you will only get 80 percent of the total damages. If those are determined to be $50,000, you will receive $40,000.