When Social Media Leads to Grave Injury or Death 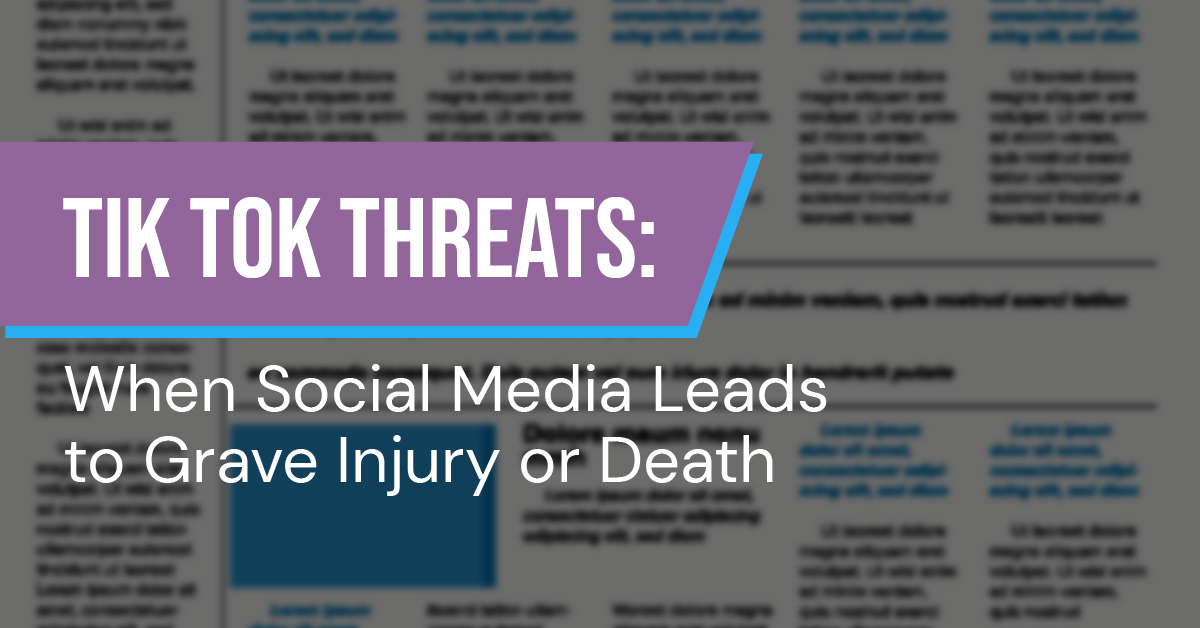 Of the many dangerous Tik Tok challenges presented, the Milk Crate Challenge is the latest to turn sour. Videos show participants stacking milk crates precariously in the shape of a pyramid. They must attempt to climb to the top and then back down again without toppling over. It’s an orthopedic doctor’s worst nightmare. Emergency rooms have seen a surge of kids with broken wrists, shoulder dislocations, ACL and meniscus tears and spinal cord injuries.

Before the Milk Crate Challenge, many may remember the Blackout Challenge, which challenged watchers to hold their breath until they passed out, or the Tide Pod Challenge, where individuals were popping laundry detergent pods in their mouths. Brad Parker says, “This really isn’t anything new. We used to see how many people we could fit in a phone booth. I remember hearing of folks who were eating live goldfish. People have been doing dumb stuff since the beginning of man. If there’s one thing I’ve learned, you can’t cure stupid.”

Attempts have been made to moderate social networks, but the problem is that there is an ocean of content posted by billions of users. It’s also tough to determine what qualifies as being inappropriate. Some parents are wanting to hold Tik Tok accountable for injuries. Brad says, “That is highly unlikely. You’d have to prove someone intended for those kids to get hurt. If you get hurt, you can’t hold someone accountable because you saw it on a video.”

Social media dangers aren’t just limited to Tik Tok challenges. Other side effects include interference with schoolwork and sleep, increased anxiety and depressions, and exposure to adult issues or content earlier than should happen. There is a reason the minimum age to open an account on Twitter, Instagram, Facebook, Pinterest and Snapchat is 13 years old. Many parents allow their children to navigate the internet before they are mature enough or possess the skills to do so safely. Brad says, “Would you give a 10-year-old the keys to your car and say take a spin?” 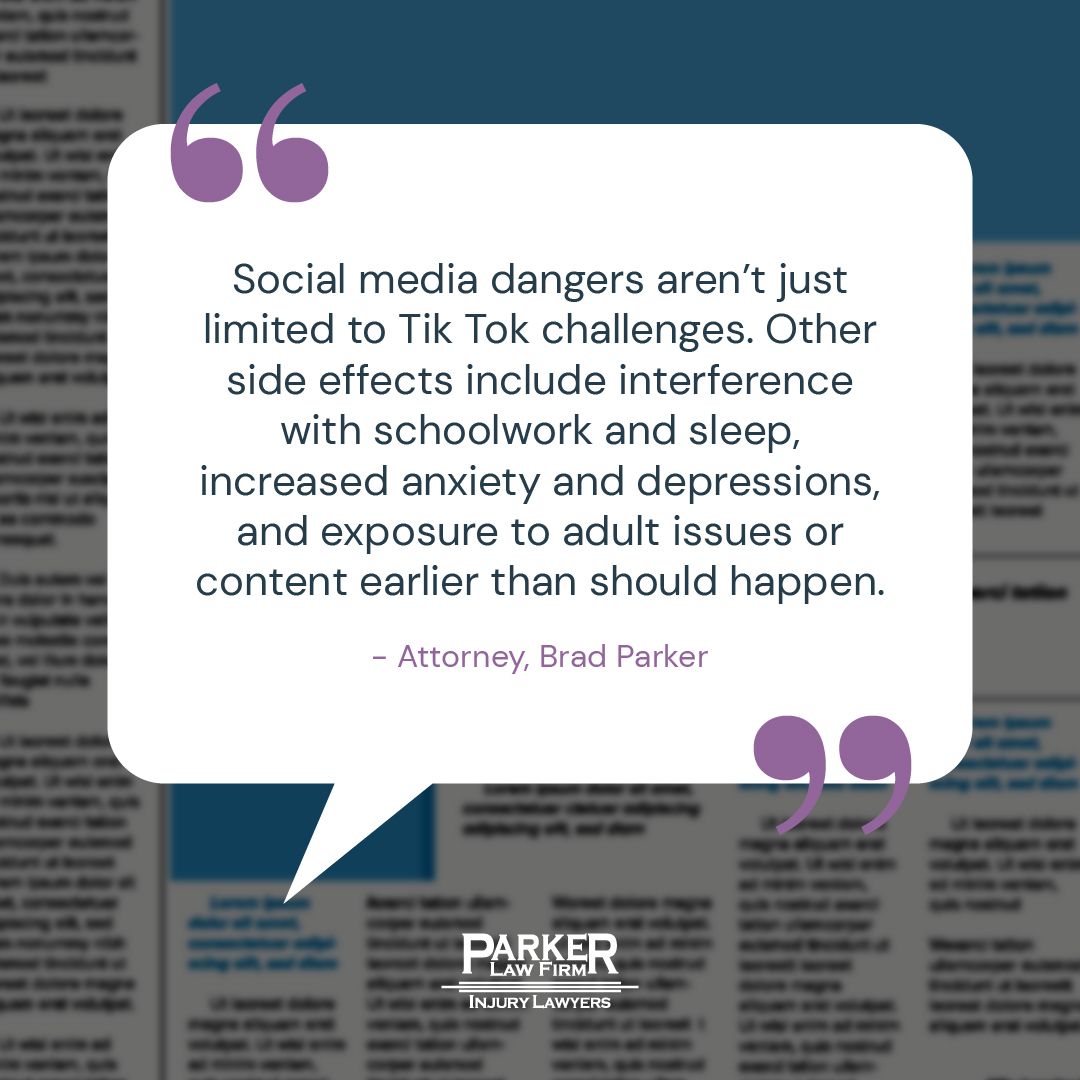 It’s unrealistic to think that children today will become Luddites. There are benefits to utilizing technology, but it becomes murky when introduced too early or it begins to interfere with a child’s mental health, academic success or well-being. Guiding teens to make healthier choices regarding social media use will ensure they aren’t trapped in a virtual existence and their lives are opened up to a bigger world to enjoy. Brad says, “You have to educate your kids about the dangers lurking in the cybersphere. Have them tighten security settings and advise them to be careful about who they add as a friend.”