The Worker Misclassification Mess In Texas 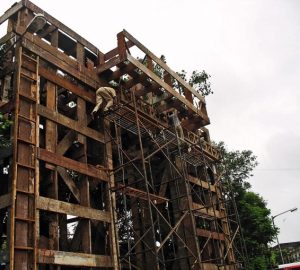 Approximately 10 million construction workers are spending each day hanging drywall, painting, laying carpet, and shingling roofs in an industry that’s proven to be dangerous and erratic.

Many employers treat these workers as independent contractors rather than employees. Because they are being misclassified, workers are not receiving the benefits and protections they deserve from the government. Instead, companies are getting away without having to withhold taxes, and regulators are simply ignoring the ploy. This is a practice that has become widespread and has resulted in the unfair treatment of thousands of hard workers in the dangerous, and many times deadly, construction industry.

Across Dallas, Texas, workers are brought to construction sites by the van load to work on large projects, and they are promised much more than they receive. Each of the workers is classified as his own boss, or independent contractor, and placed in a very vulnerable position.

Employers are pulling off this scheme, while collecting stimulus money, because it allows them to:

Recent investigations have surfaced showing that, in Texas alone, there are more than 150 construction companies who have treated numerous carpenters, laborers and mechanical workers as independent contractors.

Misclassified employees are losing a lot when they are placed in this vulnerable position, including:

In Texas, the numbers are bigger than in other states, according to tax records that show losses. Agencies in Texas that are supposed to protect workers deny they are aware of the problem and claim they just don’t have enough investigators to oversee this mess.

The bottom line is this: Classifying workers arbitrarily as independent contractors is not a choice companies are allowed to make, and there are laws that dictate this.

Widespread abuse has been found in Texas, mostly on low-income housing projects of more than $1 million each. Irving is the city with the highest percentage of workers treated as independent contractors.

“In Dallas, the city’s housing authority depended mostly on independent contractors to install dumpsters, do structural repairs, fix roofs and paint exterior walls on housing for the poor. They worked on more than $6 million in projects at scattered sites, also doing asbestos clean-up, installing air conditioning units and working on underground electrical distribution systems, payrolls showed. Of roughly 122 laborers on the jobs, 85 were treated as contractors, not employees.” ( Star-Telegram)

If you have worked in the construction industry in Texas and believe you may have been misclassified as an independent contractor, suffering loss of wages, injury, or lack of protection in any way, you are due justice and compensation according to the law.