Surcharges for Traffic Violations Don't Go According To Plan 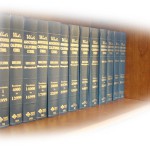 When Texas lawmaker introduced the Driver Responsibility Program they thought they’d solved several problems to a cash-strapped state. By levying steep surcharges on violations for drunken driving and uninsured drivers, money would come pouring in to aid hospital trauma care and pay for new highways. The surcharges would surely decrease drunken driving and would persuade drivers to carry insurance; at least that was the plan.

A decade later, drunken driving offenses are still increasing, and millions drive without insurance. Highway projects didn’t see the anticipated funding, and trauma centers received a small portion of what was to be a huge amount of cash.

More than half the drivers who incurred surcharges are unable or unwilling to pay. The total amount owed to the state stands at $1.7 billion, and 1.3 million drivers are driving with an invalid license.

Criminal-justice advocates and lawmakers now want the program eliminated. Hospital representatives; however, want the program to remain intact citing that even though they did not receive the huge amounts promised, it is still a valuable program.

Rep. Lon Burnam, D-Fort Worth, wants to repeal the program, stating “it is dysfunctional. It is not working, and we’ve got to change it.” He worries the program is creating a “new criminal class” with lower-income drivers who are already “struggling to keep their heads above water” and suffering because they cannot afford the thousands in surcharges the state has levied.

Rep. Larry Gonzales, R-Round Rock noted that two original goals of the Driver Responsibility Program were never realized, and the Senate Criminal Justice Committee found that the law actually resulted in a decrease in conviction rates and an increase in dismissal rates for drunken driving.