Drinking and Driving is Deadly 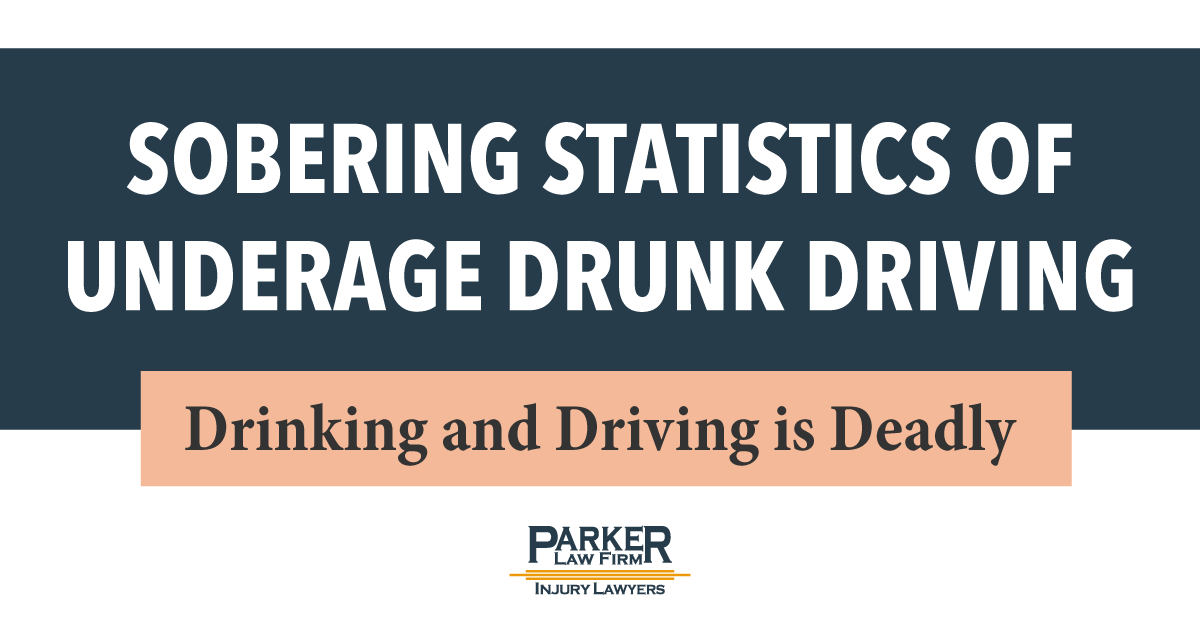 What is the Problem?

The teen years can create an unfortunate combination of things that lead to an increased drinking and driving rate. Maybe it’s the newfound freedom or maybe it’s as simple as peer pressure. While young drivers may be less likely than adults to drive after drinking alcohol, their crash risk is substantially higher when they do.

Brad Parker says, “For newer drivers, one or two drinks can cause the loss of reasoning and reaction time that results in a fatal crash. There is never a reason to drink and drive.”

The most recently released statistics from the National Highway Safety Administration say that fatal roadway crashes among people aged 16 – 20 are steadily increasing. Among these deaths, more than a third involved people aged 16 – 20 who have partaken of alcohol. 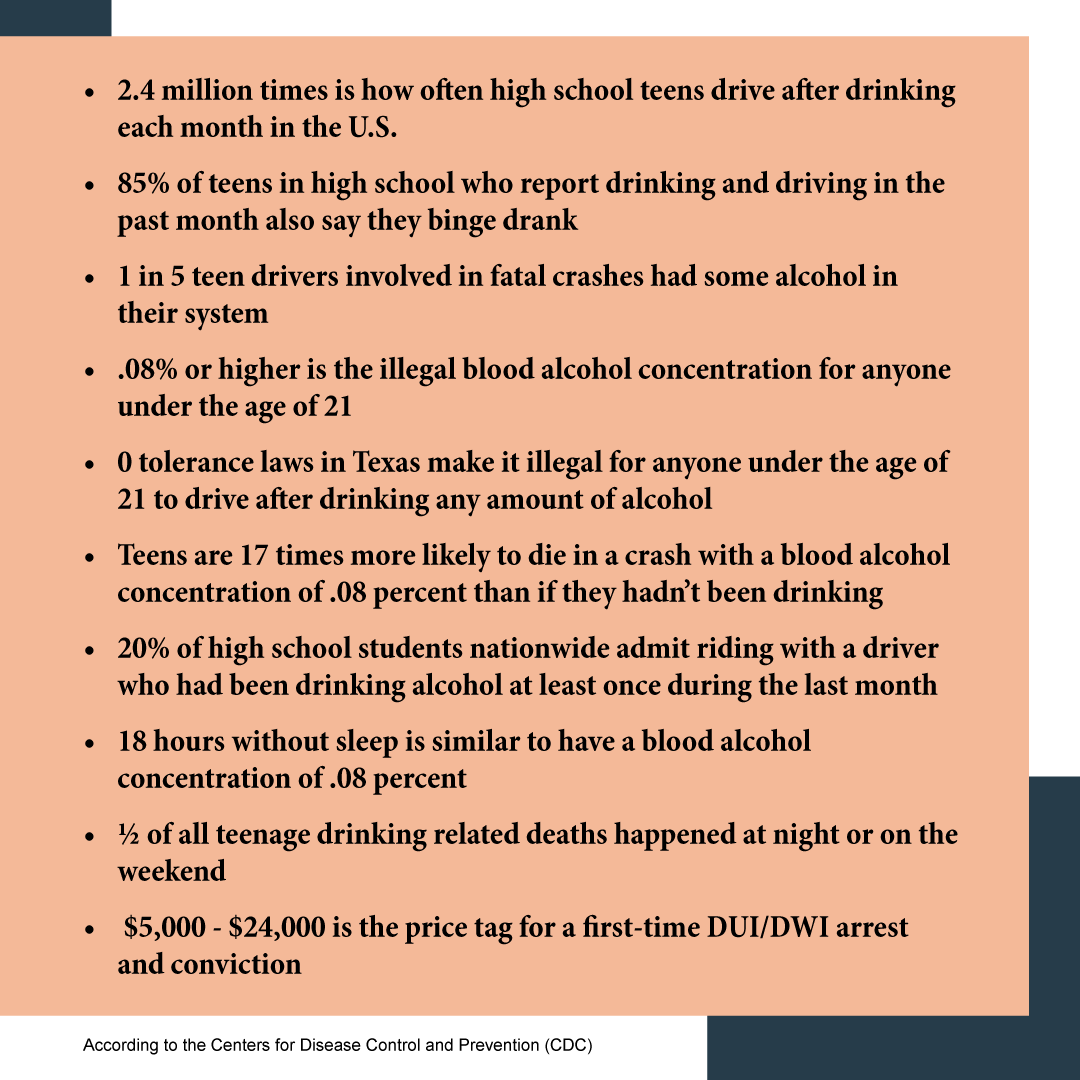 What Can be Done?

You know the saying, “It takes a village to raise a child?” Well it couldn’t be truer than when strategizing ways to prevent teens from getting behind the wheel of a car after drinking or using drugs.

On a statewide and community level, we should be working to raise awareness among teens and parents and strengthen enforcement of existing policies including legal drinking age and zero tolerance laws when it comes to a teen driving with any amount of alcohol in their system.

Parents should take off their blinders and realize it is highly likely that their teen will encounter alcohol or drugs during their time in high school.

Brad says, “When my daughters were in their teens, I talked to them and let them know there is always a safe way to get home, whether that’s me coming to pick them up or paying for an Uber or cab.”

Curfews should be set in place to ensure your child has a feeling of responsibility to come home at a certain time and interact with their parents once they walk through the door, which may deter the decision to drink. Parents can also model safe driving behavior and consider creating a parent-teen driving agreement to set and enforce rules that include never drinking and driving.

Even though they are young and don’t always make the best choices, teens need to be accountable for their actions.

“Teens should know to refuse a ride in a car with a driver who has been drinking and call someone to give them a ride if they’ve had anything at all to drink…even if they might get into trouble,” Brad says.

What are the Consequences?

The worst consequence of a teen drinking and driving is when it results in a loss of life. Outside of that, those who violate underage drinking and driving laws often face a trip to jail, loss of their driver’s license and a mountain of other unanticipated expenses, such as attorney fees, fines and court costs.

DUI convictions follow a teen, so there are the factors of embarrassment, loss of academic eligibility and/or scholarship, and more. With the increased efforts by Texas law enforcement, the chances of getting caught drinking and driving are great. The Texas Department of Transportation conducted a study that showed even a first-time offender could expect to pay anywhere from $5,000 to $24,000 for a DUI/DWI arrest and conviction. Drinking and driving is an extremely dangerous and costly mistake for a teen to make.