Too Hot to Handle

It’s a tragic story we hear too often. Last summer a couple returned from the grocery store and began unloading the shopping bags from the vehicle while their 11-month-old slept in a car seat in the back. By the time they realized the baby was missing, it was too late. She was unresponsive and later died.

If you’ve got little ones, these thoughts may have at one time or another crossed your mind: “I just need to run in and grab one thing, she’ll be ok in the car for a few minutes” OR “He just fell asleep, and I will only be in the store for half an hour max.”

The fact is that temperatures inside a vehicle rise very quickly, so much so that the body can no longer compensate, causing heat stroke. Even on a relatively cool day, the temperature inside a parked car can quickly spike to life-threatening levels if the sun is out researchers have found. A parked car is never a safe place for a child or pet even in mild weather.

Brad Parker says that in the state of Texas adults can face criminal charges if a child left alone in a car is harmed. “That’s on top of punishment related to endangerment to a child.” Like many other states, Texas has a Good Samaritan Law that protects citizens in the event that they provide emergency medical assistance. This law is meant to shield people acting in good faith and to protect the public by creating an incentive for others to help in a time of emergency. Brad says, “In general, if someone is trying to render aid they will be protected from civil liability as long as they don’t do it negligently. If you see a child overheating in a locked car, my advice is to break the window and call 911.”

Even if the car is running with the air conditioning on and the doors are locked, it’s not a safe situation. “It’s never a good idea to leave young children in the car alone. They could put the car in drive, or someone could coax the kids to unlock and open the doors,” Brad says. 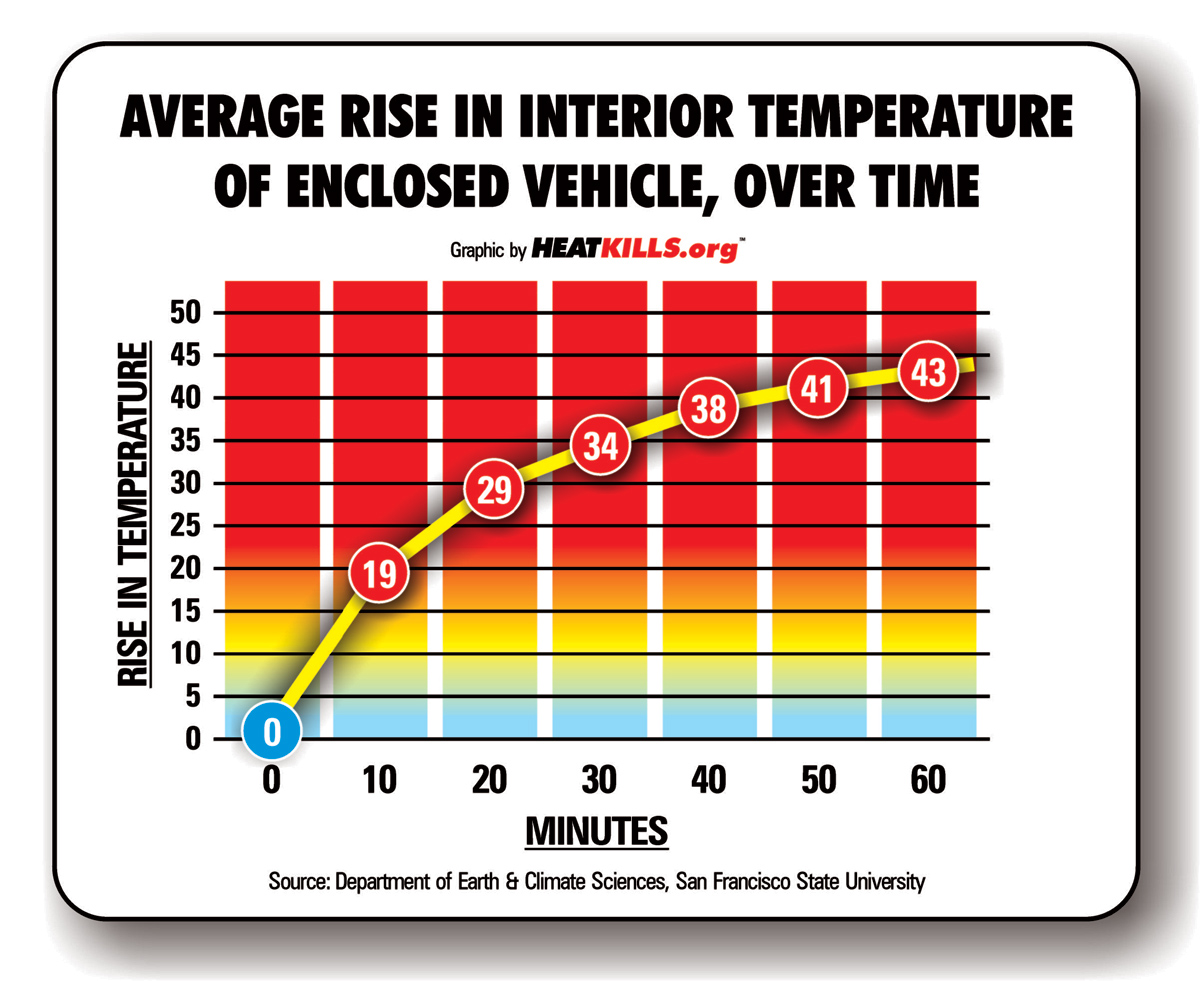 1. LOOK BEFORE YOU LOCK

Open the back door and look in the back seat to assure that everyone is out of the car (even if you think you are childless).

2. KEEP SOMETHING YOU NEED IN THE BACK SEAT

Put your cell phone, briefcase, computer, lunch, ID badge, left shoe or anything essential to your daily routine beside your child.

3. TRAVEL WITH A FURRY COMPANION

Even if the car is in the garage, keep the doors locked to prevent curious children from getting into the car.

5. PUT THE KEYS AND FOBS AWAY

Kids might want to play with keys and be able to get into the car without parents knowledge.

6. HAVE A PLAN WITH CHILDCARE PROVIDER

If your child does not show up to daycare or school without prior notice, someone should call to locate the child.

7. IF YOU SEE SOMETHING, DO SOMETHING