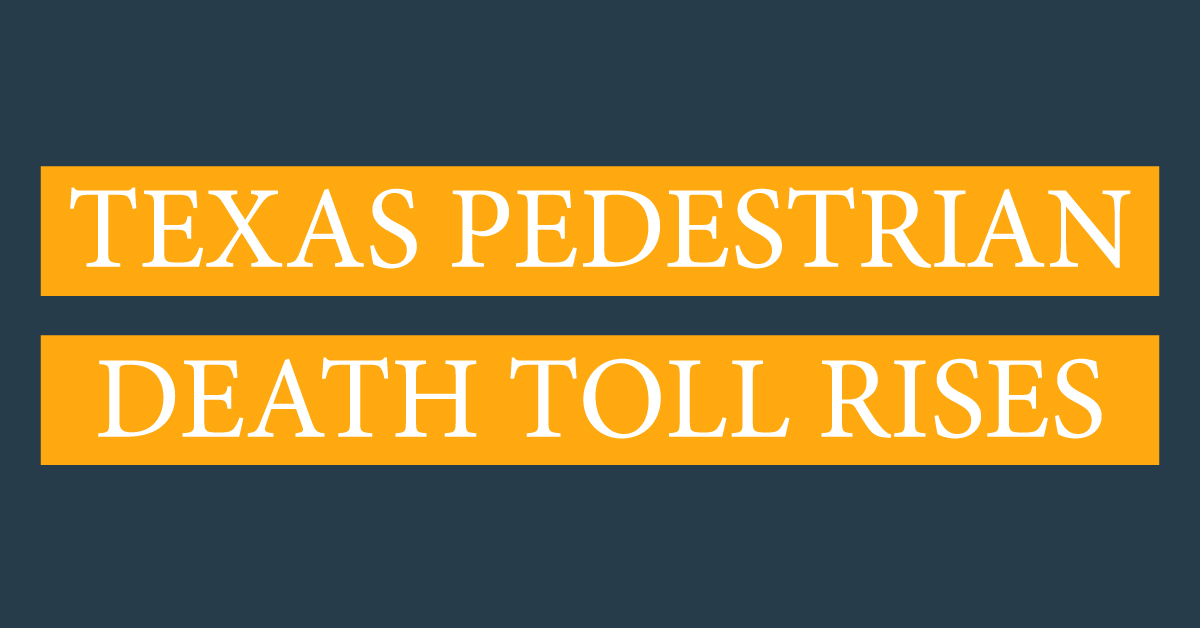 Parker Law Firm handles cases involving serious injuries from car or trucking accidents, and sometimes, that includes pedestrian accidents as well. Did you know that Texas ranks number eight for “most dangerous states for walking in the United States,” according to Smart Growth America? Pedestrian fatalities have been gradually increasing, with each year getting deadlier since 1990. Last year, Texas had 619 pedestrian fatalities, which was up 134 since 2013, according to the National Highway Traffic Safety Administration.

What is the reason for this?

While experts can’t agree on one single issue for the rise in pedestrian fatalities, they can agree on change needing to be made. There has been news that the Texas Department of Transportation plans to allocate 600 million additional dollars along the state’s roadways for safety improvements. This includes widening roads, adding rumble strips along center lines and shoulders, adding select turn lanes, implementing tech improvements to make the system safer, and more.

How can we fix it?

While we don’t have control over the road safety experts and the improvements they implement, we can start fixing this rising death toll by, as pedestrians, staying aware of our surroundings at all times and paying attention to marked cross-walks. As drivers, eliminate any distractions, including cell phone usage, stay aware of pedestrians in high-traffic areas, make sure to use headlights at night and always drive the speed limit.

Boiler Plate: At Parker Law Firm, our experienced personal injury lawyers believe people matter. We are committed to our clients, not case numbers, and we believe in the power of the civil justice system. With years spent both representing accident victims and participating in the state legislative process, our founder, Brad Parker, has developed a deep understanding of the law and gained unique experience that helps him get results for his clients.
Be the first to comment!
Post a Comment
Live Chat