Recent Fort Worth crash highlights dangers of the road for kids

Parents face many challenges in raising a child in North Texas, but few situations weigh on a mom’s or dad’s mind as much as how to keep their children safe.

But, the truth of the matter is that we cannot always keep them safe, especially on the highways and roadways we share with so many other drivers.

It did recently in Fort Worth when a six-year-old child and 11-month-old baby were killed in a crash.

A pickup hydroplaned and pushed the car they were riding in into a guardrail on East Loop 820 near Craig Street.

Another young girl was in the car and taken to the hospital in serious condition. More details about the crash available from the Dallas Morning News here.

The most common cause of death in children under the age of 15 years is an unintentional injury.

And the most common cause of the injury? A car crash.

The good news is that the rate of motor vehicle crash deaths per million children younger than 13 has decreased by a huge 76% overall since 1975. And there is already a device on the market that can save even more lives

Of the children who were killed between 2010 and 2014, 43 percent were unrestrained or improperly restrained. Additionally, 15 percent were in the front seat instead of the back and 13 percent were riding in cars driven by somebody under the influence of alcohol.

It is unknown in the Fort Worth crash if the children were properly fastened or if drugs or alcohol was involved.

Parents can follow these steps to reduce the chances of a fatality in a car crash. Parents Magazine suggests: 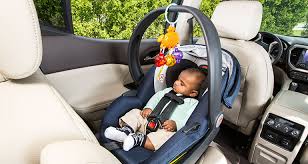 Cars and trucks are becoming safer as technology improves, but we must use the safety devices, such as seat belts, to protect our children.

Our condolences if your child was hurt or killed in a car crash.

At Parker Law Firm, our experienced personal injury lawyers believe people matter. We are committed to our Hurst, Euless, and Bedford clients, not case numbers, and we believe in the power of the civil justice system. With years spent both representing accident victims and participating in the state legislative process, our founder, Brad Parker, has developed a deep understanding of the law and gained unique experience that helps him get results for his clients.