DUI Victim Writes Letter To Driver Of Car That Paralyzed Her 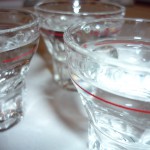 The young female victim who was paralyzed by a drunk driver wrote a letter to be read in the courtroom after the driver was sentenced to 10 years in prison. Zitchalli Vasquez, who was just seven years old when she was paralyzed from the waist down, remembers that she couldn’t talk for a few days after the accident. She could only use her thumb to indicate ‘yes’ or ‘no.’ She wrote, “while I was in ICU I had very bad moments.” The crash resulted in her intestines rupturing in three places. Her paralysis resulted from nerve damage.

The driver, Jeremy Solis, 21, of Fort Worth had a blood alcohol of 0.23, nearly three times the legal limit, yet he was not injured in the crash. The young girl who goes by “Chilli” spent 104 days in the Cook Children’s Medical Center; she couldn’t talk for one month.

“There were times when I would cry and cry,” the letter said. “I understand that the nurses only wanted the best for me, but it really hurt when I couldn’t do it. In therapy they showed me how to lift myself and dress myself. But right now it’s still very hard.” Witnesses said Solis cried as Arabella Vasquez, the victim’s mother, read the letter in the courtroom.