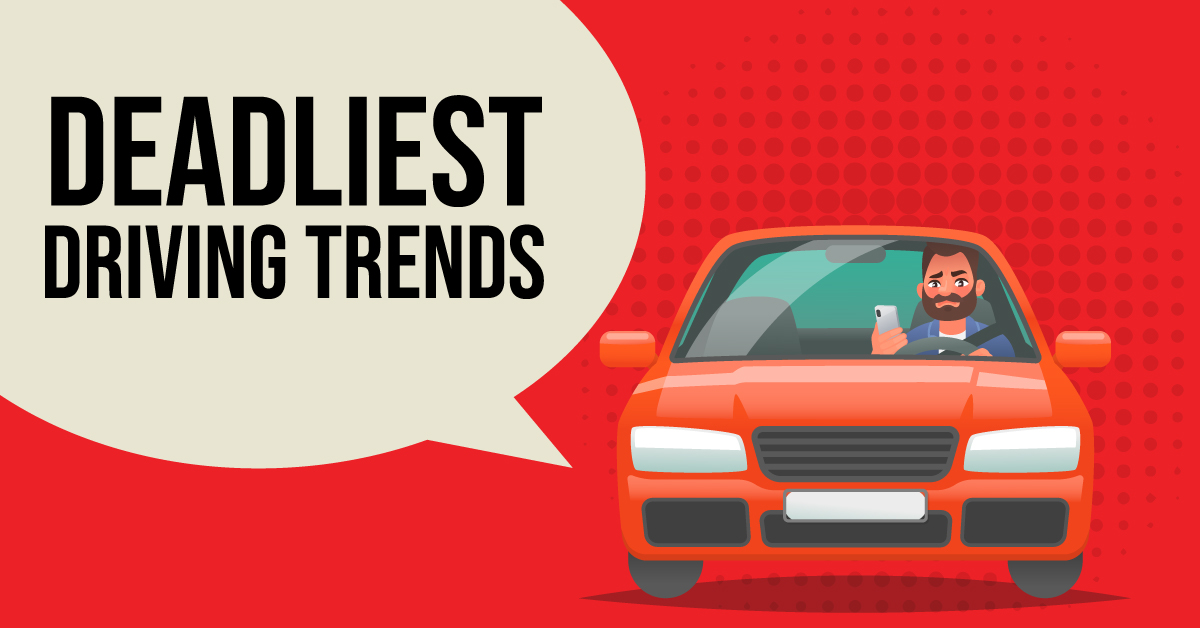 When driving a car, any mistake can turn deadly in a matter of seconds. It’s not just bad decisions such as driving while intoxicated or texting and driving that make roads so dangerous. Simple maneuvers like making a left turn or backing out of a parking spot rank as two of the greatest causes for injury or fatality involving a vehicle.

Driving Under the Influence

According to the National Highway Traffic Safety Administration (NHTSA), drunk driving kills 30 Americans every single day. That’s more than one every hour. People drive drunk nearly 300,000 times every day, and 4,000 people are arrested for drunk driving daily. Not only is it dangerous, but it’s also costly to drive while intoxicated. A DUI or conviction for a drunk driving death can cost thousands and potentially land offenders in jail for an extended period of time. Brad says, “This deadly driving behavior is easily avoidable. Choose a designated driver, ask for a ride home, or call a cab or uber.” 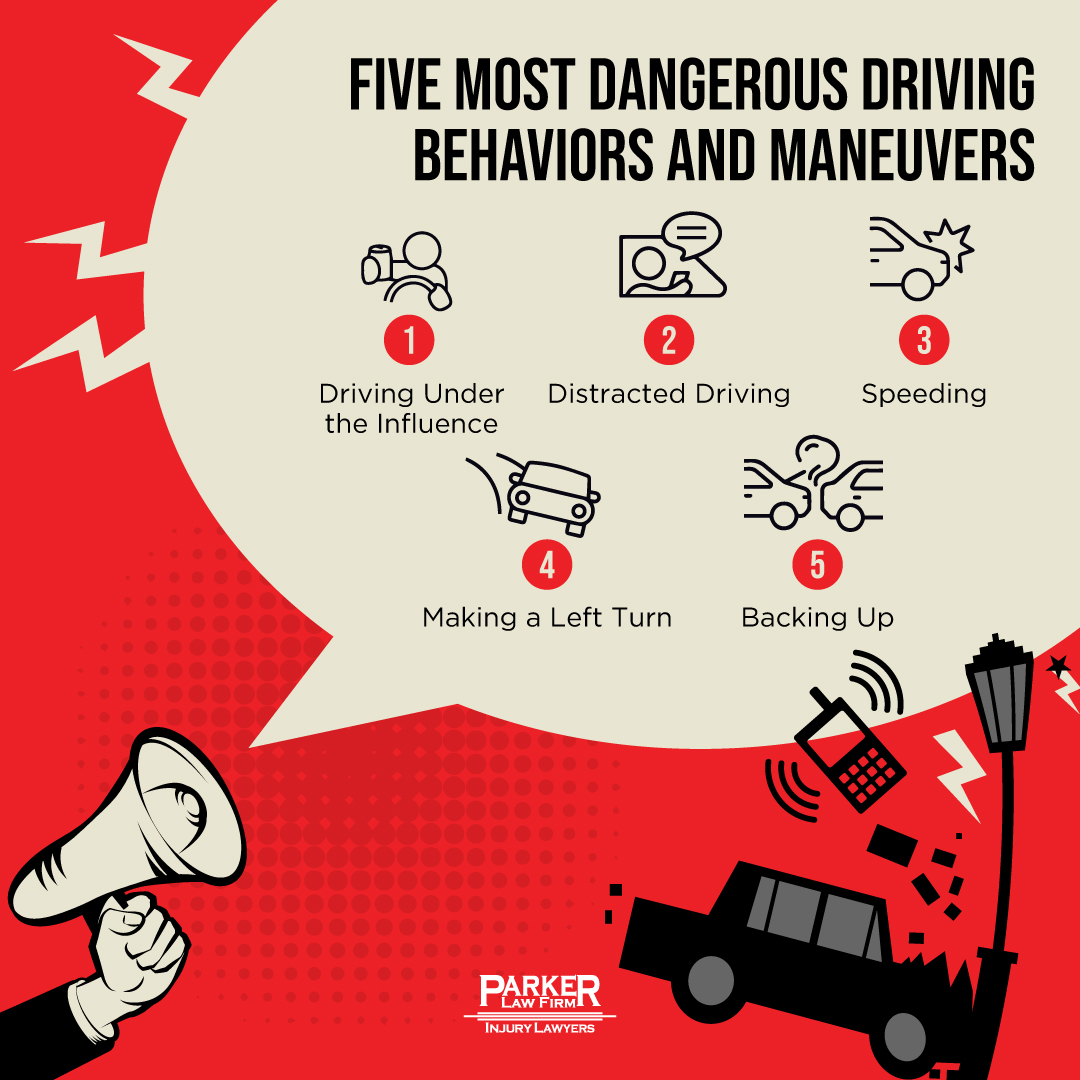 One out of four motor vehicle crashes involve a cell phone. The NHTSA reports that 3,154 people are killed, and 424,000 people are injured annually by distracted driving accidents. Texting or using your phone while behind the wheel increases the risk of crashing by three times. Drivers become more likely to hit objects, cars, or people or veer off the road. Brad says, “Texting while driving is just one form of distracted driving. Other dangerous habits that take a driver’s attention from the road are eating while driving, putting on makeup, and interacting with other passengers in the car.” Attending to the needs of children can be incredibly dangerous while driving as well.

“Speed is the No. 1 contributing factor in fatal car crashes,” Brad says. “Speeding increases the impact and potential for injury or death. It may be tempting to get where you’re going faster, but it’s not worth the risk.” Speed increases the risk of crashes and injuries from crashes, according to the Insurance Institute for Highway Safety (IIHS), in three basic ways:

When turning left, the driver needs to cross completely one lane of traffic after waiting for traffic from both the left and the right. This maneuver requires the driver to judge the speed and distance of the oncoming vehicles and make sure they have enough time to turn. It’s also possible that pedestrians will be crossing the street into which the driver is attempting to turn. Studies from the NHTSA show that 36 percent of all car accidents happen at intersections. The most common reasons cited in the study for left turn crashes are:

A large majority of the time drivers are behind the wheel, they are headed in a forward direction. It's that tiny percentage of the time when they are backing up that a disproportionate number of accidents occur. The National Safety Council (NSC) estimates that 25 percent of accidents can be blamed on poor backing techniques. Victims of backing accidents are often small children because it is hard for drivers to see them. Back-over accidents kill 90 people each year, and almost half are younger than 4 years old. Brad says, “Thankfully, rear-view camera systems are now available on most vehicles to give drivers a better view of what is behind them. Cars are also equipped with back-up sensors that alert drivers of obstacles in their path.”

See how everyday, simple behaviors and manuevers can lead to danger? Make sure you are always alert behind the wheel to avoid accidents. If you or someone you love has been injured due to the negligence of someone else, you may need our lawyers.