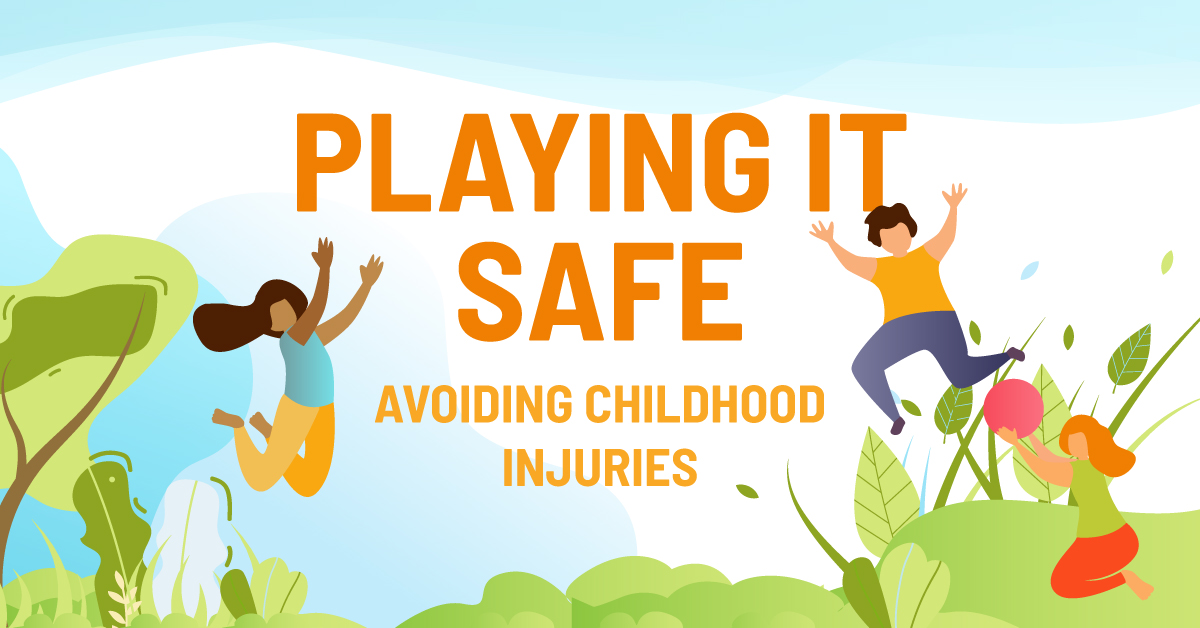 Accidents happen, especially among little ones. While most mishaps result in minor boo boos that can be fixed up with a little Neosporin and a Band-Aid, any accident has the potential to send you to the nearest hospital.

According to the Centers for Disease Control and Prevention (CDC), more than 12,000 children aged 0 – 19 die from unintentional injuries each year. Also, more than 9.2 million children are treated in emergency rooms every year for nonfatal injuries. The death rate for males is nearly two times the rate for females, and males have a higher injury death rate compared to females in all childhood age groups.

Knowing which injuries are the most common among children can help parents understand how to best childproof their homes and keep their kids safe. These are the top causes of injury for children under the age of 19. 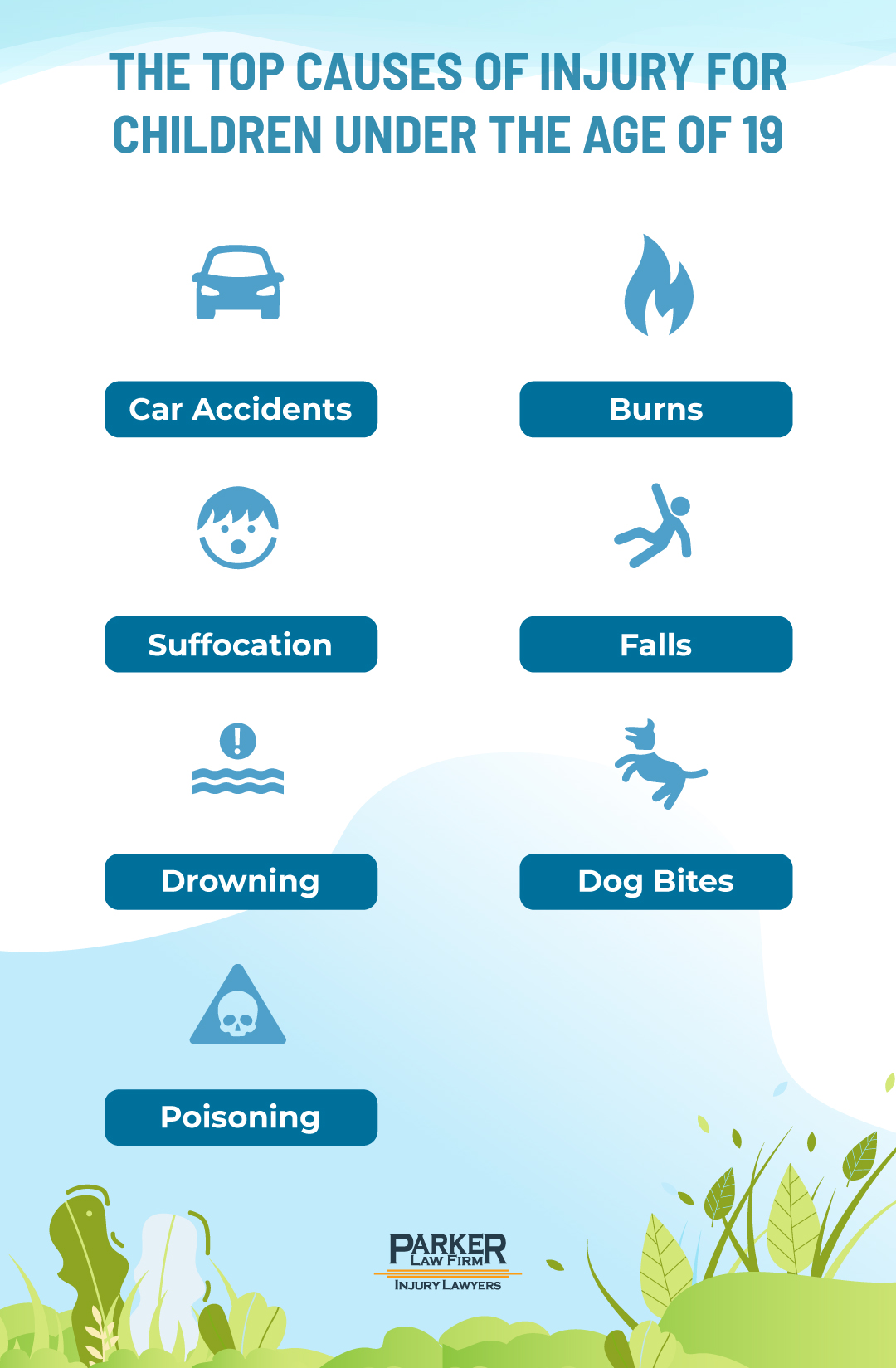 Carting kids from soccer practice, play dates and swimming lessons can be risky. Motor vehicle accidents are the No. 1 injury-related cause of death among children. In fact, every hour more than 150 kids visit emergency rooms due to serious injuries from car accidents according to the National Institutes of Health (NIH). Brad Parker says, “Unfortunately, so many of these injuries happen because the child was not wearing a seat belt or wasn’t properly secured in a car seat.”

Sleep, food and toy safety are most important in preventing suffocation, strangulation or choking. Infants often will suffocate while they sleep, which is why a baby’s crib should be free of toys, puffy blankets, pillows or other objects. Babies should also always sleep on their backs. Among toddlers, choking is the biggest cause of suffocation. Food needs to be cut into very small bites, and kids shouldn’t be allowed to run around with food in their mouths. Window blind cords should be kept tied up out of reach because of strangulation danger.

Three children die each day from drowning in the United States. It’s the most common cause of death from injury in children between the ages of 1 to 4. Brad says, “A child should never be left unattended in the pool or any body of water, not even for a second. I also think it’s a good idea to get kids in swimming lessons early.” Pools must have a four-sided fence and child-proof latch on the gate that only an adult can open. “It’s hard to believe, but small children can drown in two inches of water,” Brad says.

Cleaners, household chemicals and medications are often the culprits in poisoning among children. These items should be kept high out of reach or locked in a cabinet. Having the number for poison control readily available and understanding the indicating factors of poisoning are incredibly important. As kids get older they may get curious and experiment with prescription medication, so put medications in a locked location.

Many children get burned in the kitchen. When cooking, pot handles should be turned to the back so kids can’t pull them down. It’s also safe to set the water heater to 120 degrees or lower so children don’t get burned while taking a bath. Older kids are commonly injured by direct contact with flames, such as grills, lighters and fireworks. Adult supervision is the best way to prevent that.

The NIH reports that nearly 8,000 children visit the E.R. every day because of injuries from falls. Babies are at a high risk of falling from changing tables and beds because they tend to roll unexpectedly. “For kids that are old enough to ride a bike, helmets should always be worn. Elbow and knee pads aren’t a bad idea either,” Brad says.

The rate of dog bite-related injuries is highest for children ages 5 to 9 years old. Almost two thirds of injuries among children ages four years and younger are to the head or neck region. To help children avoid these injuries, teach them to never approach an unfamiliar dog. Dog owners are liable for the damages suffered by any person who is bitten by the dog while in a public place or lawfully in a private place, including the home of the owner of the dog. Brad says, “Texas has a one-bite rule, which means the injured person must show that the dog's owner knew the dog had bitten someone before or had acted aggressively in the past, or the dog's owner was negligent in controlling the dog or preventing the bite from occurring, and that negligence caused the injuries.”